The City of Surrey

A digital hub for a fast-growing urban centre

An ideal partnership with the City of Surrey’s team results in a future-facing flagship site.

As the second-largest city in British Columbia, and one of the fastest-growing municipalities in Canada, the City of Surrey’s flagship website redesign was no small project. The site needed to serve a quickly-growing population—providing the first touchpoint for engagement and delivering access to essential information for over half a million diverse citizens.

The project was complex: the city government includes many layers of stakeholders, and the site holds thousands of documents going back over more than a century. The new site also required a full slate of integrations, and needed to offer an intuitive experience for both visitors and staff, while maintaining necessary administrative constraints and structures. It was critical to find the right team for the job. 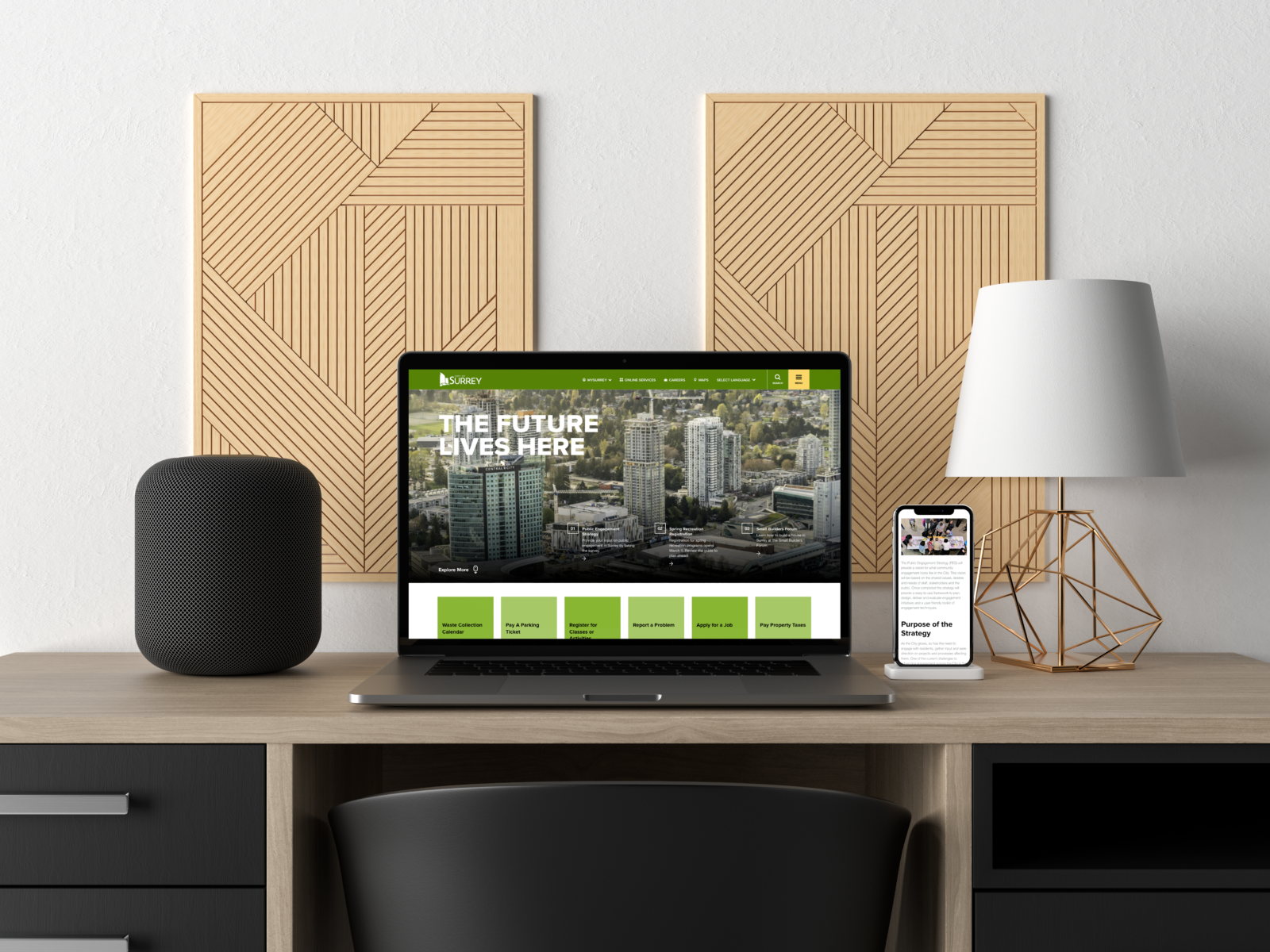 "I would recommend Domain7: they are a strong design and development team who practice an openness in communication with clients."

Domain7’s expertise matched the City’s digitally ambitious and forward-thinking plan. Our team is deeply experienced in digital for public service, with a multifaceted skill set. With Domain7, the City was partnering with a team who had over two decades of experience in facilitation, strategy, UX research, CMS and custom development. We had also worked closely with the City of Surrey before—first creating the digital platform that launched their Smart Cities bid, and then digitally transforming a manual, paper-based application process for building permits into an intuitive online experience. This redesign project was the type of partnership our team is built for.

The project was not without its challenges and the large amount of stakeholders was one of them, but—as we’ve learned from years of public service experience—they also presented a key opportunity. The city’s many departments, teams, and layers of management is a familiar scenario to anyone who’s worked in government or higher education; each group brings a specific lens and are subject matter experts in their field. Our team approaches these groups with a research-oriented and co-creative mindset. With Surrey, this meant using a RASCI model to understand who to engage and why, and then conducting interviews, surveys, and careful analysis to separate the signals from the noise.

We also worked to bring stakeholders in early and often—avoiding surprises and gathering feedback at each stage of the site’s creation. With such a large project, our team chose to use an agile approach, releasing pieces of work as we moved along a carefully-articulated project roadmap collaboratively designed by our UX and development leaders. We worked through a quick cycle of “wireframe-design-develop-release” activities, which mitigated risk and kept us on timeline—delivering the huge, content-rich site within six months. The approach also created clear expectations of what input we needed at specific points. At each stage we would connect with our partners at the City, running sprint demos every three weeks to get feedback from Surrey’s web team and other key individuals. We also conducted sentiment testing to ensure that we fully understood how the work was being received, and how well it performed for diverse users.

“As we started pushing out functionality, the team at City of Surrey was able to test as we went. They had lots of questions, which was really good. This approach is much better than what agencies often do: ‘Don’t worry, you'll see it in six months.’” 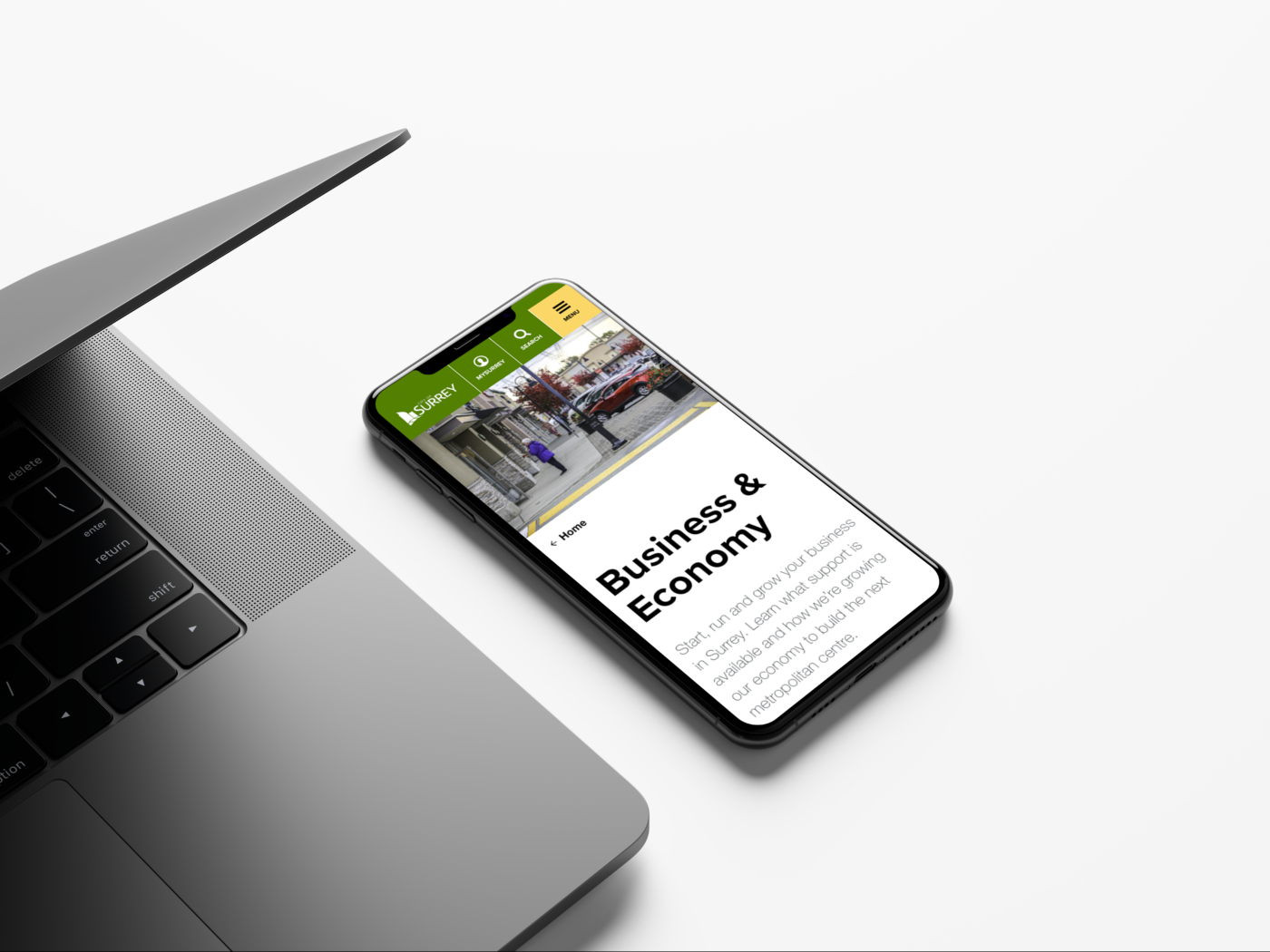 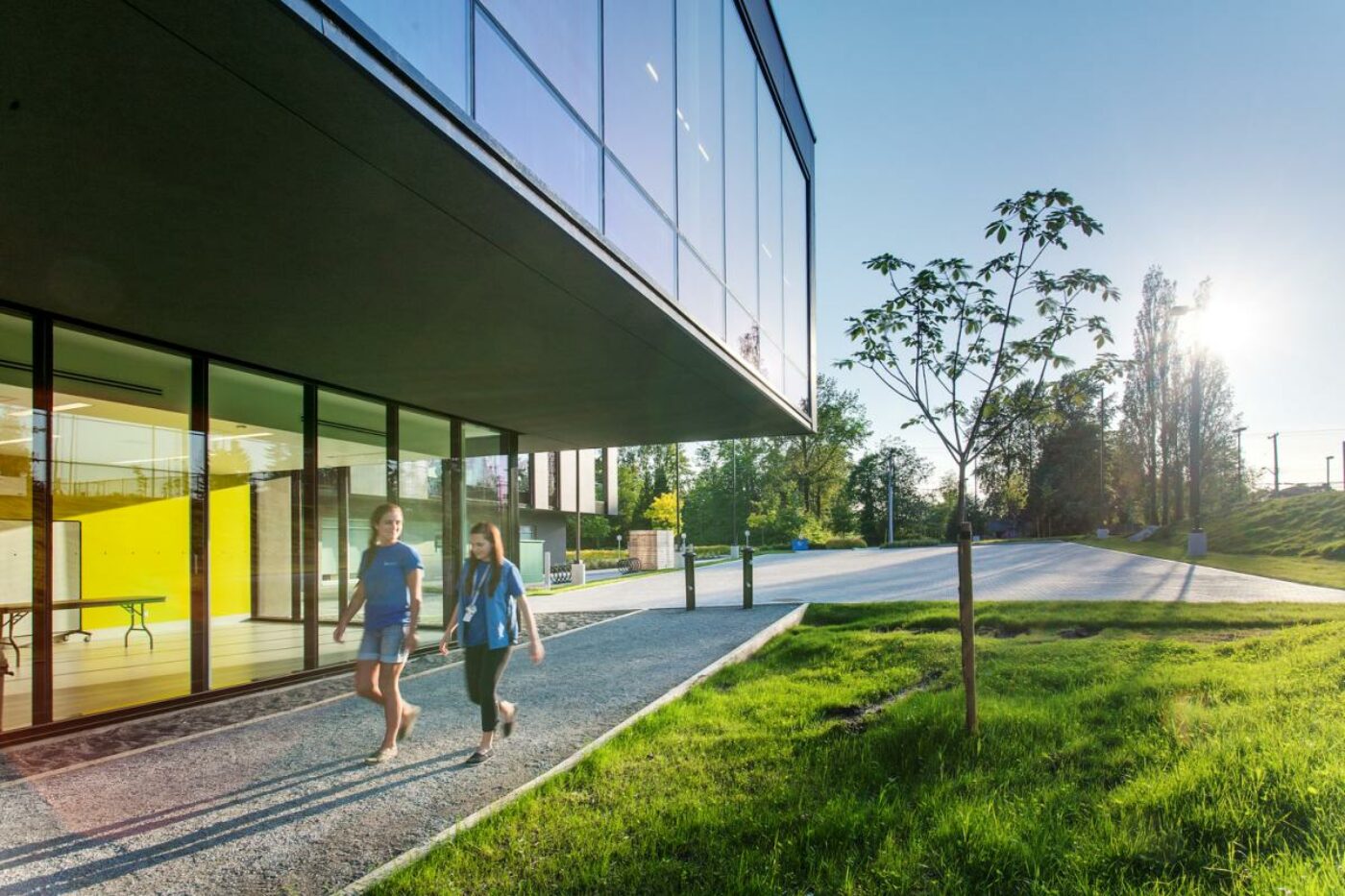 The City of Surrey team proved ideal collaborators, and a strong partnership quickly formed that benefited the entire project. They welcomed the new approach and the learning curve that came with it, embracing a certain element of risk involved in any worthwhile innovation work with confidence and optimism. Their team worked carefully alongside ours to shepherd stakeholders through the process, doing a fantastic job of helping us arrange workshops, presentations and approvals within the roadmap’s precisely-calibrated schedule.

As with most large government sites, content was a significant challenge. The site contained an enormous amount of content, including decades’ worth of documents, which needed to be migrated to the new site and fully searchable once live. Our developers created a series of scripts to automate moving the content into newly-created templates, iterating the scripts to adjust the content until it was perfectly situated. They also dug into search—a notoriously-difficult challenge for any large site—integrating the city’s existing third-party search platform seamlessly to ensure a consistent experience.

The authoring experience was another key content concern: creating and publishing content needed to be simple and intuitive for the City staff’s varying levels of technical expertise, but the process also needed to adhere to certain guidelines. By designing and developing a robust Drupal 8 CMS for the City, our team created a content editing experience that was significantly easier for staff, with greater access and flexibility for non-technical users. We used a components-based approach to ensure content consistency, and structured the authoring to work within organizational constraints. This means less micromanaging of content editors, and more efficient and responsive City communications. 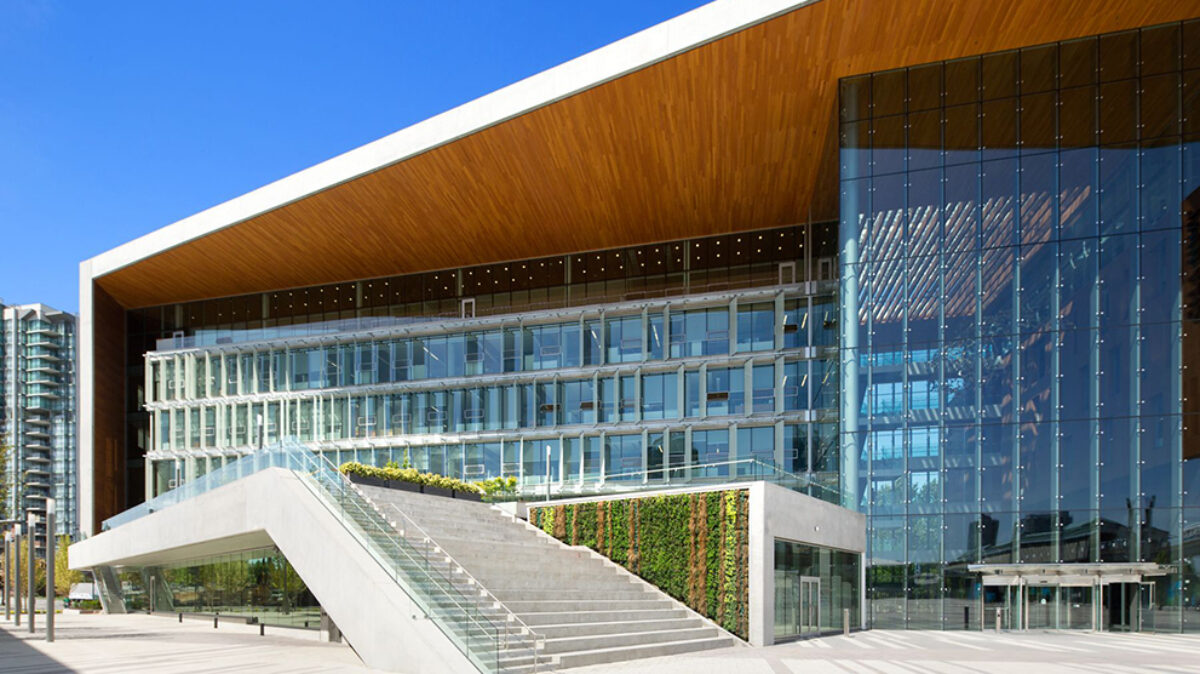 "The content experience was the biggest challenge that we solved together: previously, we had a lot of content that was either redundant or just too hard to find. Now the content flow is well thought-out and the experience is consistent. Internally, this has also highlighted room for growth. By moving to this new system that has been built so flexibly, we’ve already seen new opportunities emerge that we haven’t seen in many years."

The City team also managed a festivals multisite, and could anticipate needing other small sites in the future—dedicated to specific initiatives and services. Domain7’s development team migrated the festivals project to the same Drupal platform as the flagship site, effectively streamlining maintenance and scaling the institutional knowledge needed to operate all sites efficiently, while providing a proof-of-concept for any future needs. They also worked closely with internal team members to provide training, so they would be confident in fully managing their site post-launch. 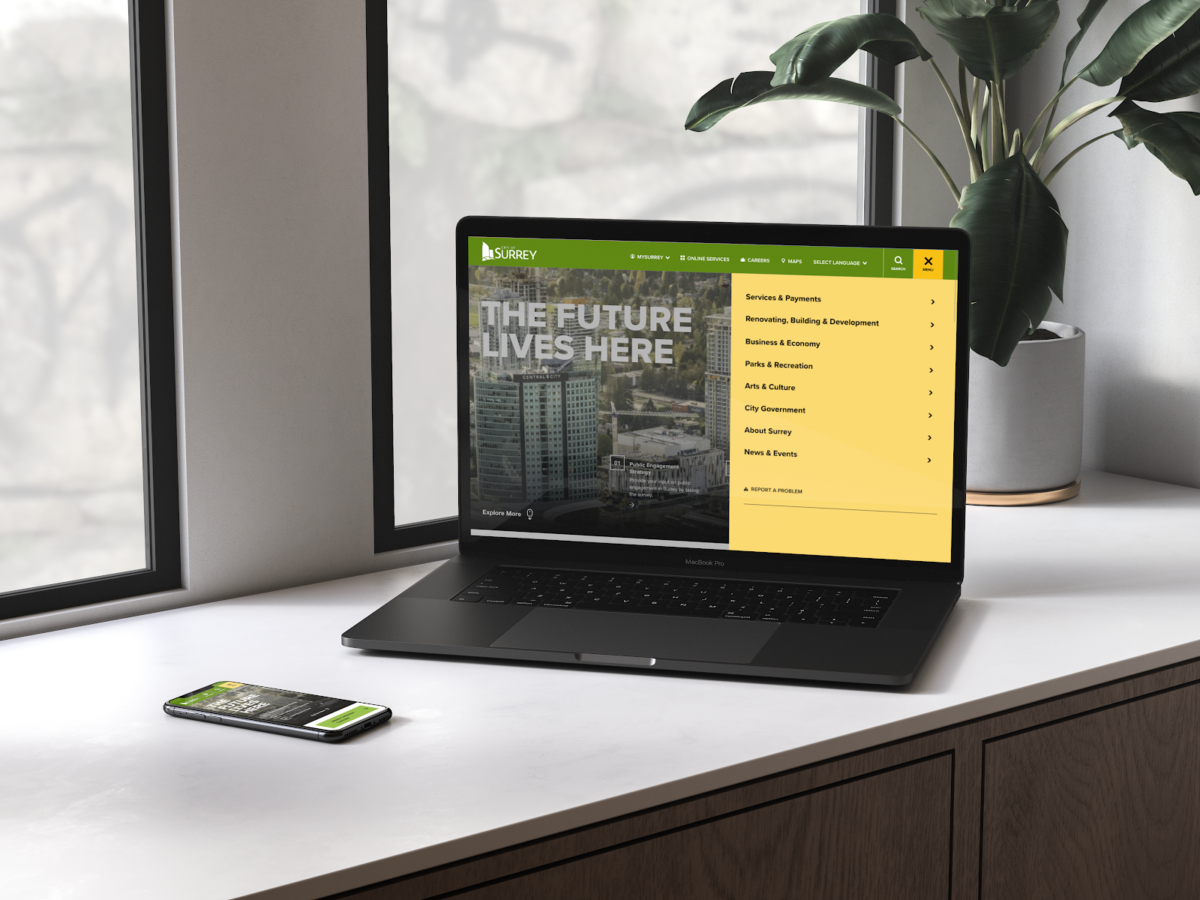 "The new site is a great foundation that the City can keep building on as their needs and population increase."

As the project closes and the new site launches, The City of Surrey can be confident that it now offers its citizens a digital property befitting its motto: “The Future Lives Here.” Moving from a .NET site to an updated, redesigned Drupal 8 CMS, with robust custom integrations and intuitive authoring and user experiences, the new site is poised to become the digital centre of the Surrey community. It delivers sophisticated, service-oriented solutions to the contemporary city’s challenges, and situates Surrey as not just a municipal leader in Canada, but a digital one as well. 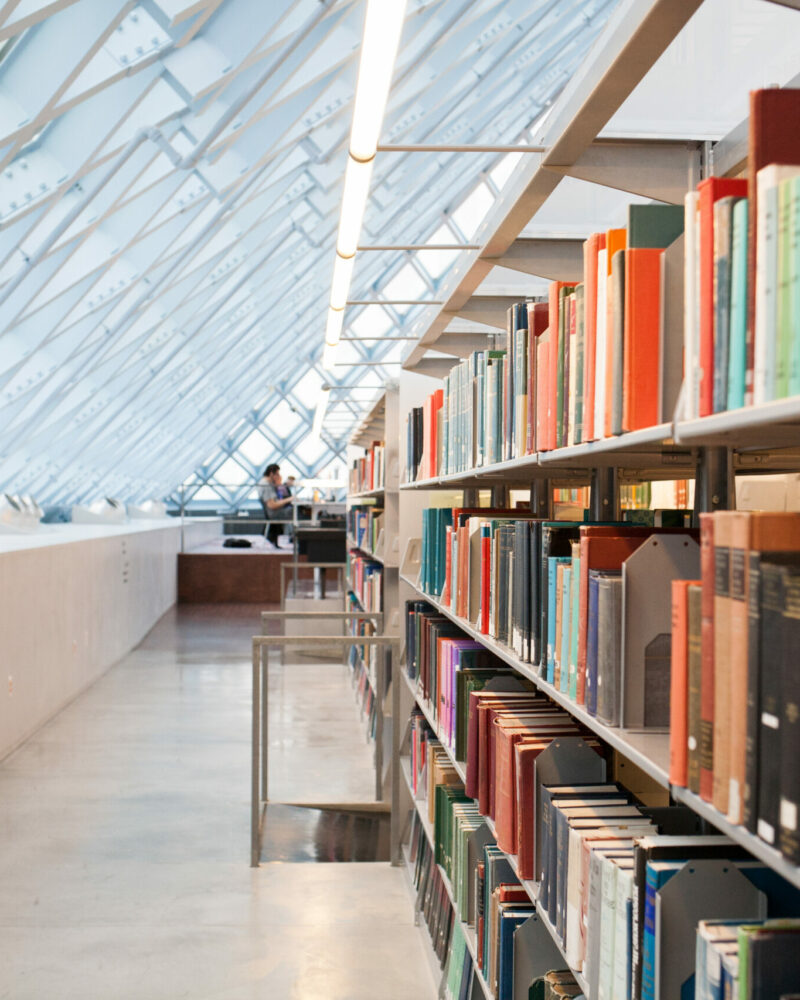 A digital branch for an iconic library 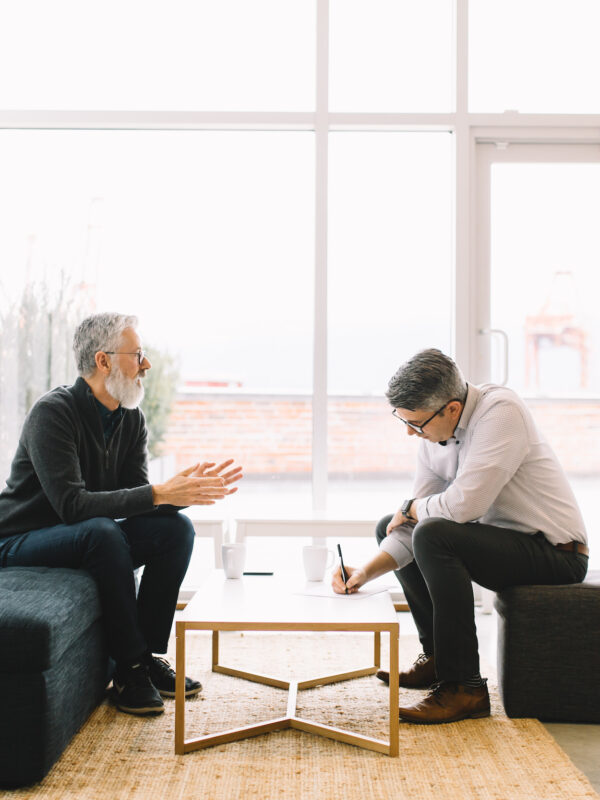 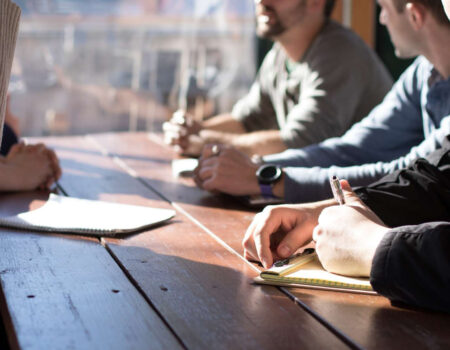 “The way that Domain7’s team shows up to understand the process we're going through on our side has built a lot of trust."

Digital transformation has become a buzzword, but we know it involves high stakes challenges and complex decisions, and requires a blend of skill and empathy to get it right.

Talk to our team