The Way We Show Up

If you had unlimited time and budget, what change would you create in your organization?

This is the question I asked participants at a recent workshop. In the suddenly quiet room, 30 leaders from a wide variety of sectors and organizations took a minute — three, actually — to reflect, then scribble down their visions. You can do the same right now, if you like. Grab a pen and paper, or open up a blank note doc, and write down a few things. It might help you get more out of this article. What do you want to see changed, done differently, at your work?

Once everyone’s change ideas were committed to paper, I made an announcement. My tone shifted. No longer warm and welcoming, I was now speaking declaratively, somewhat intensely, a little more loudly.

I told the participants that that we would be choosing one, and only one, idea to workshop as a group: the winner would receive the benefit of the group’s collective intelligence to evolve and refine the idea during the course of our two hours together.

And the way would decide which one to focus on? We would be hosting a pitch contest, which was starting right now. A round-robin pitch contest, going table-by-table.

The person who could best articulate their idea and persuade the room, would win.

But first, I said, there was one more instruction I needed to share before we started. One last piece of information that would be critical to hear.

I stayed silent until I was sure each participant was paying close attention.

When all eyes were on me, I said:

“There is no pitch contest. This has been a trick.”

I looked around the room and saw a massive change in people’s energy. While I was announcing the contest, you could see the sudden spike in tension: shoulders went up, people looked around quickly, some shook their heads. When I announced the contest was not happening, there was a tremendous shift: laughter, the dropping of pens, relaxed shoulders, confusion.

And then I asked: “What just happened? What was going on in people’s bodies during that announcement?”

A few people shared they had been very excited. They were ready to dominate, to persuade, to win. One person explained, “I was asking myself, ‘Which emotional costume do I need to wear in order to win here?’”

Other people expressed that they had already given up before the contest had started, realizing they were not passionate enough about their idea, or not skilled enough at persuasion.

I shared this diagram with my almost-contest-participants:

Referring to the diagram, I asked people where they went to during my declaration. Did they rise to assertion, ready to push their ideas through? Did they step back and see hints of what else might be happening? Did they move reactively, or pause in self-awareness?

We can have a similar experience — a full-body, visceral and emotional reaction — when it comes to change initiatives in the organizations where we work.

We reflexively and habitually bring a certain energy, or a preference in our communication styles, or a certain internal response, before we’ve even noticed that it’s happening. And that really impacts the success of our change efforts.

When we approach change initiatives in our organizations, we can often get fixated on the idea itself. Is it a quality idea? Or, we can fixate on the “other people” part of the equation: we can see others as a blocker, or at the very least, a factor, in our ability to get change adopted. But what about us? What is the role we play as would-be changemakers?

Are we aware of the tools we can use, the attitudes we bring, the reactions we have — and the influence these things have in the process of making change happen?

The lines in the diagram above are continuums. They are spectrums. And an awareness of the polarities at either end helps us see our choices more clearly, instead of defaulting to our well-worn habits. How do we want to show up in a certain context? What is most needed?

For example, there are obviously times when assertion serves us well. The ability to speak directly, to insist, to compel: this kind of clarity can be a gift.

And yet, there are many situations in which we need to hold space for others to find the words or come forward with their contribution. Often, holding space is more difficult to practice in our organizations — and, it is essential to a healthy culture.

Similarly, the “selling and telling” approach is a critical skill in many roles: persuasion inspires and activates. In these times, when we become passionate, vociferous advocates and defenders of a cause, we can often see tremendous results, as people rise to the occasion, and respond to the call.

And yet, increasingly, organizations are leaning into listening practices that uncover critically important insights: learning that would be missed in a rush to certainty and selling.

Digital best practices have placed a premium on the value of listening to and learning from users, to empower more strategic selling and telling later in the process.

And now that “everything is digital” the influence of this shift is rippling outward into how organizations plan and operate.

In the Self column, our inherent reflexes and instincts can serve us well. While “reactionary” can be seen as a negative word, reactions help us move quickly towards opportunities that our intuition senses. This human trait of reacting from “the gut” gives us the advantage of speed.

And yet, there are times when intentionally pausing before acting can be critically important. That moment of taking a breath and a beat to determine what path is needed helps give us insight to overcome our own bias and assumptions, and look at a situation in a new light.

Each of these poles can also cause us to go too far. On the top end, we can tip over into dominance, aggression and over-reaction. On the bottom end, we can slide into withdrawing behaviours — retreating, collapsing in on ourselves, giving way to a timidity and self-isolation that serves no-one, not even our selves. 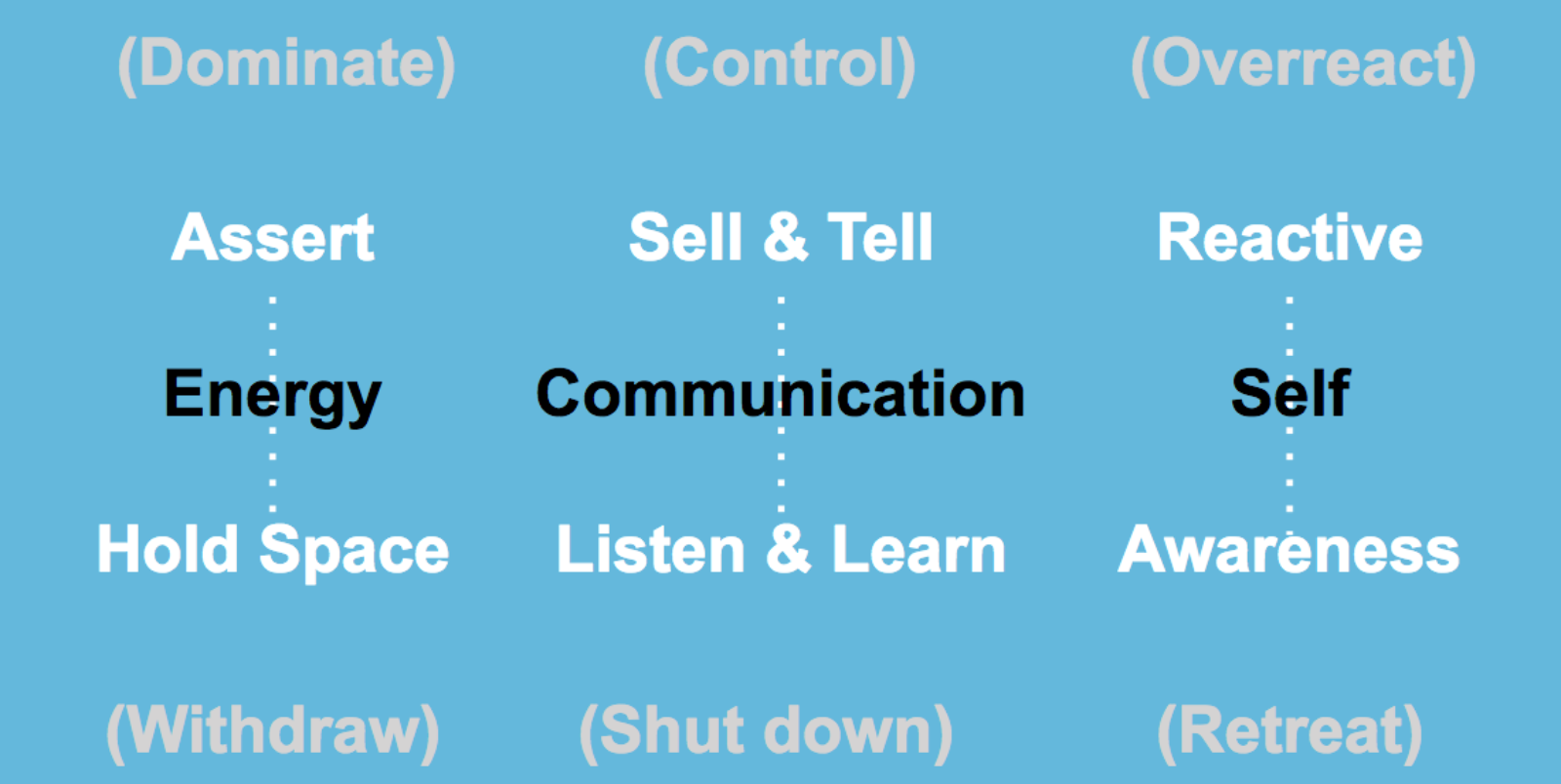 Borrowing concepts from the Birkman assessment to further interpret this—it’s not as if we only stay in one part of this map. There are three essential “locations” to consider. Firstly, we all have default states we start from: our usual behaviour. Secondly, we usually have different stress reactions: the places we go when our needs are not met. Thirdly, we need to consider those needs themselves: where on this map do we find our needs best met? Sometimes this is different than both our default, and where we go in stress. What helps us show up well?

When we become more aware of the pressures on us, and where we tend to travel along these routes, we can become more effective in our conversations about change. When we are starting conversations about change ideas in organizations, we can often focus our energy on the changeidea itself, or the people blocking us, or dynamics in the organization itself. We often overlook one crucial aspect of change leadership: our own role. Our attitudes and mindsets, or the way we show up, can change the story we tell about change. 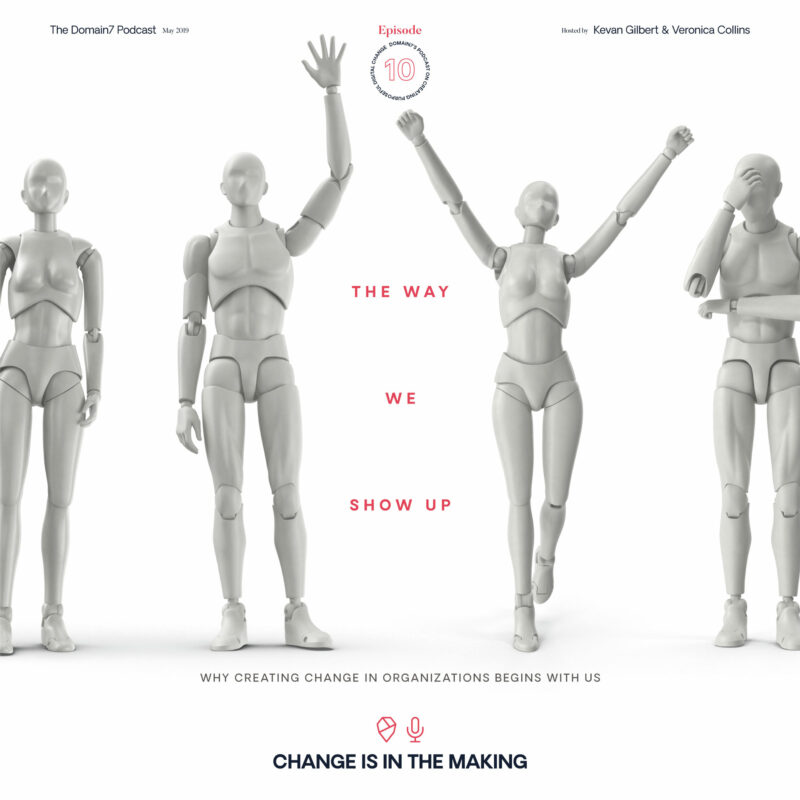 podcast
Episode 10: The Way We Show Up – Why creating organizational change begins with us

service
A Call to Co-creation 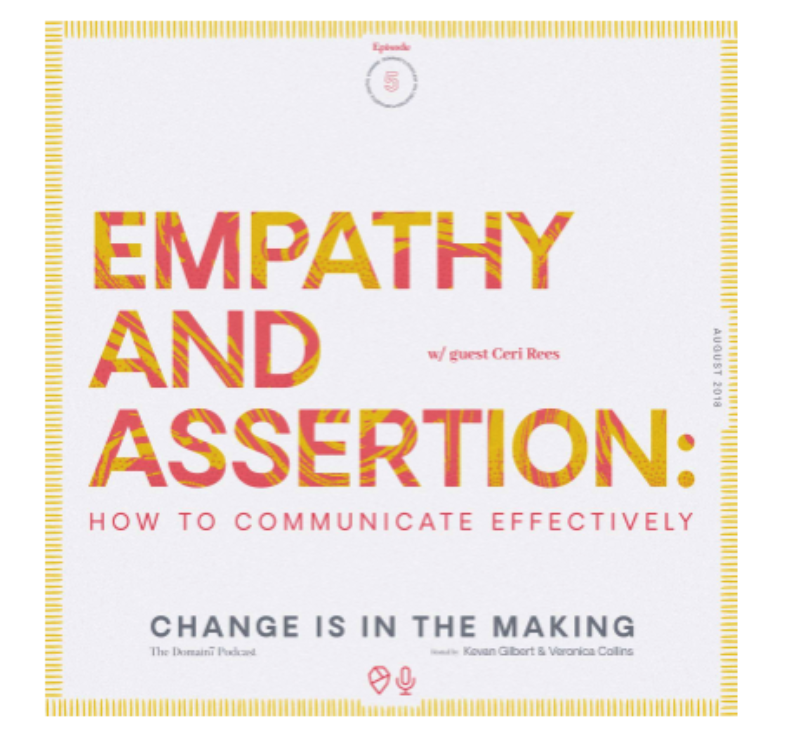